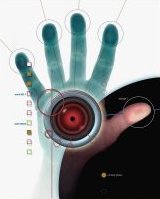 Welcome to the web contact and information portal for the software development and multimedia production activities of C.P.Bryan. Since the mid 1990s, Bryan has been exploring the creative possibilities of digital media, software development and Internet connectivity.
Featured Application Service:
The FREESOUNDTRACKMUSIC.COM online library of royalty free music connects video creators to music composers, simplifying the process of finding and licensing background music for film and multimedia productions.

April, 2022: Two new tracks have been added by Rick Dickert and there is also a new addition from Melodic Pictures. From Melodic Pictures, the composition "Somnology" is a slow and and soothing piece with a minimal pulsing rhythm and soft bells. One of Rick Dickert's new pieces "Porch Swing" offers a down-home country style sound suggested for scenes involving friendly interaction. Preview "Porch Swing" from the link below:

February, 2022: Enrico Altavilla has released two new soundtrack compositions in the ambient atmospheric genre. "Strange Nights Alone" creates a disquieting and brooding audio backdrop for scenes of mystery and suspense, while "Floating In Dreams" is a journey into other worlds or altered states of consciousness. Preview "Floating in Dreams" below:

January, 2022: Four new compositions from Australian soundtrack producer Noisy Oyster: In this new batch of tracks the artist experiments with using the writings of William Shakespeare as inspiration. In fact, the melodies are meant to provide background music for songs sung by by Shakespeare's characters. For example, "Where The Bee Sucks" is imagined as music that might underscore the song Ariel sings to Prospero in Shakespeare`s "The Tempest". Listen to a preview of this track below: